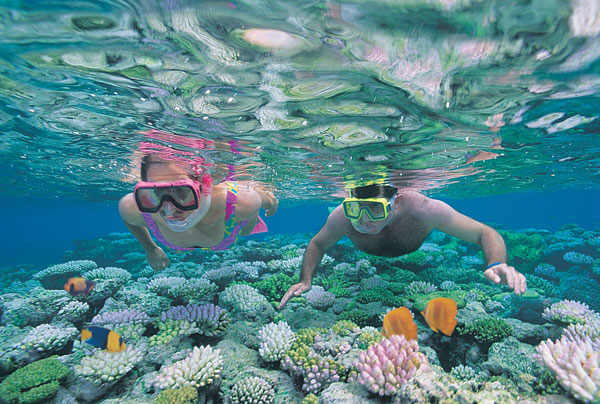 Being a gazetted marine park located off the coast of northeast Malay Peninsula, Redang is a bustling centre for diving and snorkelling enthusiasts. Besides the main island, there are also several other smaller islands in the vicinity of the main island. Although Redang has several great snorkelling spots with beautiful corals, guests should know where to head to for the good stuff as the quality of the average site is questionable.

Snorkelling trips are included in vacation packages offered by every single resort on Redang. These resorts also let their guests rent equipment for snorkelling such as life jackets, masks and snorkel, with the whole set costing around RM30 per stay. Snorkelling can be enjoyed by everyone – from children to the elderly and even those who do not know how to swim. Only a few things are required: a life jacket, mask, snorkel and the courage to jump into the crystal-clear waters! Powered masks and child-sized life jackets are available for rental, though these are only available in limited quantities. So, guests who are particular about hygiene as well as the fit of the life jackets may opt to bring along their own equipment instead.

Guides are available on these snorkelling trips to ensure that sites are current-free so guests can snorkel safely, as well as to provide appropriate assistance to guests unfamiliar with snorkelling. Snorkellers are provided with pieces of bread for fish-feeding purpose. Guests who choose to snorkel on their own off the beach should understand the risks of doing so since guides and lifeguards will not be available.

Numerous off-the-beach snorkelling spots can be found on Redang but the majority of them are only accessible via boat.

The house reefs found at Pasir Panjang’s Tanjung Tengah are most likely the house reefs with the busiest marine activity. Its southern part is aptly named the ‘Shark Bay’ because reefs in that area serve as a nursery for the young of black-tip sharks. The perfect time to spot these baby sharks is from April to August, as up to 12 of them can be spotted at any one time! Other resident marine species which thrive in the reefs on that area include an orange-striped triggerfish, schooling needlefish, a resident barracuda, squid, a few turtles and other common species of reef fishes.

This house reef has endured a marked amount of damage over all these years due to its high popularity and easy accessibility. The damage is particularly significant at corals closer to the shore as the corals are only submerged in shallow waters during low tides. As such, they are relatively vulnerable to damage during these times when snorkellers, with equipment such as fins and booties, damage these corals when they accidentally kick or step on them. Consequently, snorkellers are no longer allowed to rent fins to prevent further damage to these corals. Snorkellers should take note of a few points to avoid harming these delicate corals: exercise extreme care when snorkelling; keep a safe distance away from the corals; do not put yourself in danger by snorkelling beyond the boundaries marked by white markers as this area is where boats criss-cross across the sea.

Situated at the southern end of Pasir Panjang, this house reef spans all the way from the beach in front of Redang Reef Resort to the rocky outcrop to the beach at the back of the resort. There are fewer visitors to this house reef due to its relatively isolated location. One easy way to explore the reef is to get into the water from the beach in front of the resort, then go right as you walk along the rocky outcrop. Keep an eye out for titan triggerfish, squid, porcupine fish, giant grouper, clams, Christmas tree coral, resident stingrays seeking refuge under rocks or table coral, as well as the occasional turtle.

Another way to explore would be to get into the water from the beach at the rear end of the resort. The rocky outcrop should be on the left from this direction. It should be noted that since the other side of the outcrop is facing the open seas, only experienced snorkelers should attempt to go around the outcrop as the waters tend to get quite rough there.

The title of the most popular snorkelling site rightfully belongs to the Marine Park Centre. Hence, the site can tend to be quite crowded with tourists during the holiday season. The areas surrounding Pulau Pinang’s Marine Park Centre is mainly adorned by hard corals. With a depth of 3 to 6 metres, the Marine Park Centre provides a relatively accessible place for visitors to get up and close with a multitude of different aquatic species. Among the most popular residents which thrive in the PVC pipes of the man-made reef beneath the jetty are the moray eel and the resident giant grouper.

The practice of fish-feeding by travellers to this area has made it a spot with the greatest concentration of fishes in any one place. Damselfish, wrasses, sergeant majors, parrotfish and the resident triggerfish – among some of the species found here – are always hungry and on the lookout for food distributed by the visitors. Travellers should be cautious lest the fishes mistake their fingers for food! Certain species such as adult blacktip sharks and Napolean wrasses can be sometimes seen in waters at the jetty’s western side.

A shipwreck, with only certain parts of it sticking out of the surface of the water, lies in waters on the eastern side of the jetty with a depth of about 8 to 10 metres. This is an interesting place for exploring as structures covered with corals can be found here. Travellers should exercise extreme care to prevent any physical contact with the stinging hydroids as well as to avoid being injured by the metallic structures. A number of crevices and hiding places are formed by the shipwreck, making it an excellent habitat for angelfish, batfish, giant groupers and moray eels. Travellers who swim out towards the shipwreck should keep an eye out for currents, and it is generally advisable to not go there when currents are present. Also, travellers should stay within the areas bounded by white marker buoys to avoid getting swept away by strong currents which often frequent the channel between Pulau Pinang and Redang.

Other Notable Snorkeling Sites in Redang

A house reef can be found around the area in front of Redang Holiday Resort. It is situated among the rocks beneath the resort’s hillview chalets. Travellers who intend to reach the reef should head to the left from the beach at the front of the resort, then walk along the rocky shoreline.

House reefs can also be found, albeit submerged in waters which are deeper, at Teluk Kalong’s resorts. Reefs near Redang Kalong resort’s jetty, which is just right in front of the resort, serve as another nursery for the young of blacktip sharks. Travellers can view the baby sharks from Redang Kalong’s jetty without having to get into the waters themselves, particularly if food is used to lure the creatures. On the other hand, reefs can be found near rocky outcrops which are located on either side of Mutiara resort.

There is a U-shaped bay in front of Teluk Dalam’s Taaras resort. Reefs in that area are found at the sides of the bay while the front bay has no corals as it consists of mostly areas with seagrass and sandy bottoms. Hence, snorkellers who wish to get to the coral reefs must swim further down.

The conditions of these other reefs are better than that of reefs found in Tanjung Tengah and Tanjung Mak Cantik as these reefs receive considerably less visitors than the reefs in those two places. Besides that, other destinations for snorkelling can also be found at Pulau Paku and Pulau Lima as well as some other areas. However, these sites can only be reached via a boat. 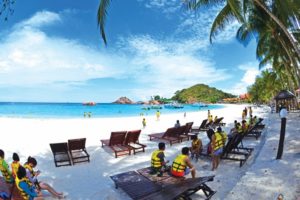 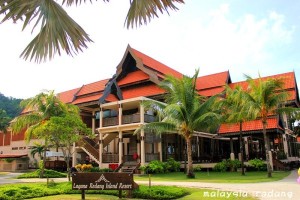 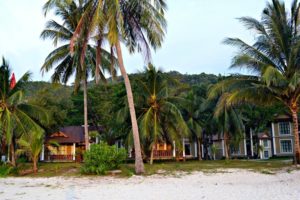 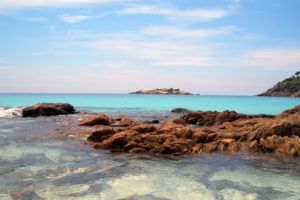